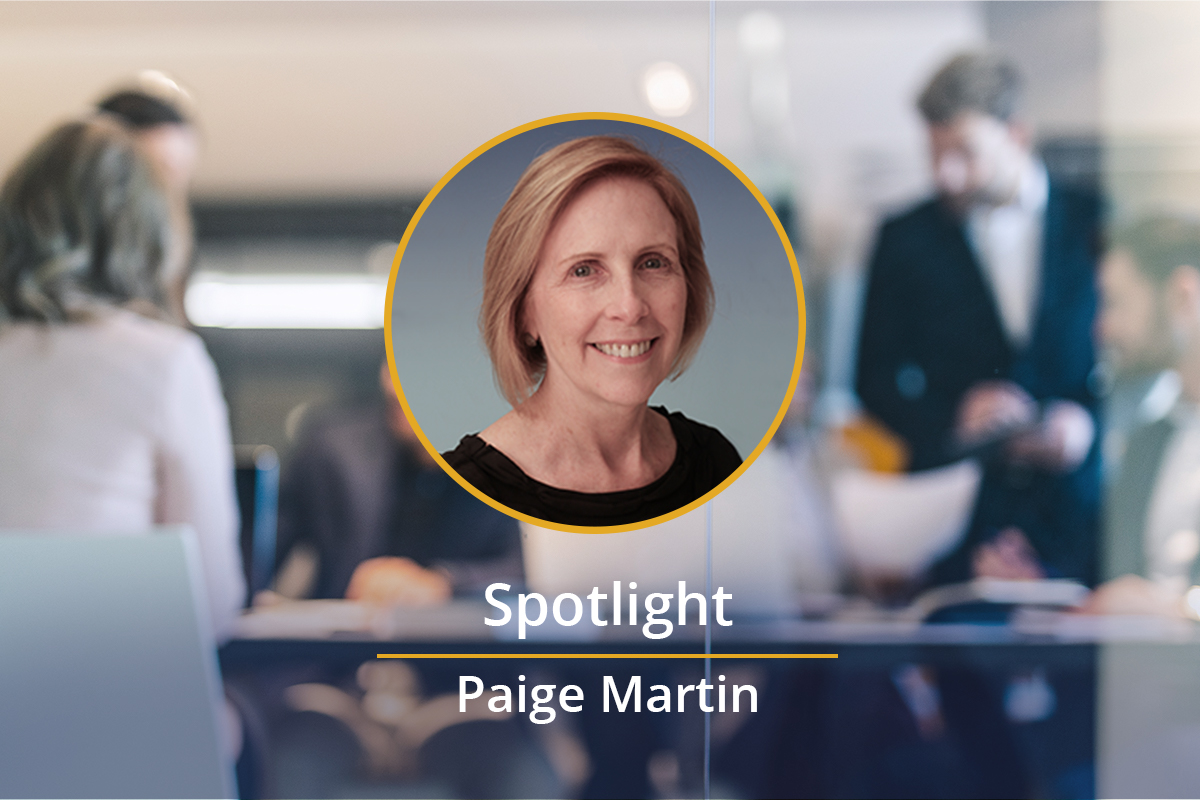 Paige has worked at Sentara Healthcare since completing graduate school. While completing her formal education, she worked in significantly different areas at Sentara including running an outpatient clinic, discharge planning, and women’s health. After completing her course work for her Masters’ in Health Administration, Paige needed to do an internship and she chose Sentara Healthcare. She worked in other parts of the hospitals, and then went to work in Medical Staff Services where the concept of centralizing credentialing was beginning to take root at Sentara. For Paige it seemed to be a good fit and she has been in Medical Staff Services at Sentara since 1994.


What do you like best about your current position?


There’s never a dull moment. There is always a new challenge or problem or some surprise that awaits. Applicants are different. Hospitals are different. Questions frequently arise that make me think of issues in new and different ways.


Why do you think you’ve been successful in this profession?


I’m curious and open to information from all sources. Fairness and objectivity are very important to me. I’ve learned a great deal about the practice of medicine just by listening to our medical leaders talking. I think we also need to be open and ready to admit when something is wrong, or a mistake has been made. We found a document that a physician had forged. Although he felt he had a good reason for doing so, it was still a forged document which caught us by surprise and, of course, was not acceptable.


What is your greatest achievement in your present position?


Helping create the Sentara CVO. We were really an “accidental” CVO when we started to centralize application processing and verification functions for some of our hospitals. As hospitals merge into the health system, we still give them the option of participating with the CVO or not. At this point 10 of our 12 hospitals have opted into the CVO.


What is your biggest challenge?


Reducing the number of emergency privileges granted due to non-emergency reasons. We’re asked, all too often, to process “emergency” privileges when some planning, communication and cooperation could avoid what some consider an “emergency” situation.  I’m still working on it!


What’s next for you?


Professionally
Two things – as Sentara continues to grow, credentialing (including the way we use Echo) needs to function more as an integrated system, so my partners within the organization and I will be working on further standardization and integration. We have been working to standardize privileging across the system for several years, and we have standardized most physician privileging forms. I’ll be continuing to work on standardizing the physician forms, as well as those for the Advanced Practice Professionals. I am bruised and bloody, but not yet beaten!


Personally
Belgium! Having just returned from Italy the day before Thrive19 (visiting Padua, Milan, Ravenna and Venice on this trip), Paige has fixed her sights on Belgium for her next adventure.


What would we not know about you just by reading your resume?


I was an Art History major in college.
Paige’s travel companion on her trips to Italy, France, Holland, etc. is a college art history friend. There is not a cathedral or museum that is safe from an art history critique when Paige and friend hit town.


If you could choose any job in the world, regardless of what it would pay, what would you be doing (other than medical staff services/healthcare)?


I’d be a journalist. Diplomatic journalism always appealed to me, but today’s climate may not be the ideal time for that profession. At this point, I think I’d like to be an investigative journalist. I like to write, and I think I’d be good at getting information from unexpected sources.


What’s the best piece of advice you’ve ever received?


“If someone wants to give you credit for something that was luck – accept it graciously because one day you’ll be perceived as responsible for a catastrophe you couldn’t help.”


If you were shipwrecked on a deserted island, but all your human needs – such as shelter, food and water – were taken care of, what two items would you want to have with you?


What do you to do relax/destress?


What book do you think every should read?


There are so many wonderful books! My recent favorite is one I picked up at the airport on my way to the Regional User Group meeting in New York. It was the best book I’ve read in a long time. The Spy and the Traitor by Ben MacIntyre. It’s the story of a high-level KGB officer who worked for British Intelligence in the early 1980’s. After the KGB figured out he was a spy, the British were able to get him out of the Soviet Union to England where he currently lives under an assumed name. He is the only spy ever to be successfully exfiltrated from the Soviet Union.


What movie, no matter how many times you’ve seen it, do you have to watch when it comes on TV?


My family has everything we need, so we value traditions more than gifts. On Christmas Eve we attend a candlelight service in a colonial church from the 1600’s. Another longstanding Christmas tradition is Christmas dinner at one of the restored taverns in Colonial Williamsburg. Colonial Williamsburg considers itself the world’s largest living history museum with more than forty sites – including restored 18th century taverns, trade shops staffed by craftspeople and historic interpreters, and the beautiful Governor’s Palace.


What’s the best Christmas present you’ve ever given?


Years ago, I gave my father a nice leather bomber jacket. He passed away and I got that jacket back.  It hangs in my closet and I wear it sometimes. It reminds me of him!

Your Choice in NCQA Certified CVO